In this essay Avison discusses the art of Waldorf education and the importance of supporting the educational process with a community that understands and nurtures quality. He describes how, when quality is lacking, schools frequently turn to increased policies and regulations which often puts further stress on those responsible for quality. The key to health is the ongoing establishment of collaborative accountability and shared commitment and responsibility for quality in all aspects of the school.

Other artices and essays by Kevin Avison can be found at the Steiner Waldorf School Fellowship UK website, at the SWSF blog http://swasviews.blogspot.com/    or at his personal blog: http://curriculumresearch.

This booklet was produced by the Pedagogical Section Council to explore the deeper aspects of the work of a teacher and from where they get their inspiration and continued source of strength. Each article is helpful in bringing insight into what Steiner saw as the source of the teacher's work. Contents

"Only on earth can we develop the capacities of human thinking, human feeling, and human willing. A human being who develops these capacities will be capable of fulfilling the three major challenges of human existence: to know oneself, to love one another, and to care for the earth. The capacities to meet these challenges can be learned only from other human beings. Only from others can we learn how to walk, to speak, and to think; only from them can we learn how to love and act in freedom; only from them can we learn to work together and become responsible for the earth. "

Toward Understanding the Christ and the Christ Impulse . . . . . Douglas Sloan

"The Christ Impulse is present wherever persons are working to establish the reality of freedom in love. This freedom expresses itself both as freedom from and freedom for: freedom from every form of determinism, whether it derives from the past, from nature, or from other persons; and freedom for the care of and respect for oneself, the other, the earth, and the spirit. “Education for Freedom” is another hallmark of the Christ Impulse in Waldorf education. "

How Do Teachers Transform Themselves and Come to Experience the Christ Impulse?. . . Betty Staley

Amicus Curiae (Friend of the Court) Brief: Anthroposophy Is Not a Religion . . . . .Douglas Sloan

Thanks to the Waldorf Research Institute Online Waldorf Library for making this booklet available for free download. Copies of the booklet may also be purchased from AWSNA Publications.

From Co-creation to Association: A Social Challenge for the New Economy     May 31, 2011

Search“co-creation” on the internet, and you will find it described primarily as a marketing technique. A company puts out a product, opens the lines of communication with its consumers and shapes the products based upon the input. This level of interaction is made possible by the immediacy of digital feedback loops and the emerging abilities of manufacturers to customize products. This loop becomes self-reinforcing once the consumers see their ideas implemented and become more tightly wound with the product or brand. There are multiple benefits to this particular co-creative marketing approach, perhaps the most important of which is the reduction of unnecessary and wasteful production. Such an approach is an important step forward from an environmental perspective, yet, this view of co-creation is mostly driven by market share through customer loyalty. Much more than market value is possible through co-creation. If practiced as a community, it can serve as the basis for co-authoring significant portions of economic life, and at the same time re-inspire participation in civil society.

In the study of human creativity, problem solving is a distinct research subset simply because it has a beginning, middle and end, and can be observed in a laboratory. From the standpoint of research, such a neat package makes for measurable outcomes and publishable data. However, if all of our creative thinking were framed around problems and solutions, we’d all be in full-time analysis. Consider instead, the deeper creative processes of imagination, inspiration, and intuition. While they are all at work in our daily lives, they are much harder to grasp. Some simple working definitions are in order. Imagination is the capacity to form recognizable and plastic pictures, and for those pictures to transform through experiencing others’. Inspiration is the energy we breathe in, that renews a sense of what is possible. Intuition is the capacity to know through direct experience without the intellectual or cultural constructs of thinking. These are simplifications of very complex processes, and these “i” words are often misused in popular culture. Further, in some spiritual traditions they have very specific even sacred meanings, and, though I am trying to craft some basic practical concepts, I do so with respect for their spiritual heritage. They are capacities which one can only develop for oneself, and as one develops them one can come to recognize those capacities in others.

Imagination, inspiration, and intuition are capacities rather than outcomes, techniques of knowing rather than ends in themselves. They function most effectively in context of trust, and least effectively in a context of analysis and doubt. Yet they frequently inform, even if unconsciously, problem solving and other forms of decision making, despite the Western dominant culture’s predisposition to have faith or comfort in more “rational” processes.

It is challenge enough for each of us to understand how the capacities of imagination, inspiration, and intuition are at work in each of our lives, and they are present, and sometimes more heightened, when participating in a group. Yet, something new is possible within and through a group that could not be possible for an individual. For example, how many times have you sat in a group that was struggling to see a way forward whatever the situation, when an idea arose that no one person in the group had originally thought of? Where did the idea come from? How could we understand this process as co-creative? I am describing a process in which imagination, inspiration, and intuition are operating as a group capacity, operating in a way that recognizes yet also transcends individual capacities. I would hold that understanding this collectively evolved consciousness, the reality which we co-create with others, is a critical, if difficult to achieve, practice needed for transforming our economic relationships. Imagination, inspiration, and intuition are essential “tools” for understanding not only ourselves but also others with whom we create our interdependent communities.

Co-creation is not some far-fetched idealistic notion. There are long-standing and deep traditions of practice from which to learn, such as Native American Councils and the Quaker Meeting, and more recent ones such as Chaordic Organizations, Goethean Conversation, and Theory U. All these practices acknowledge some spiritual background or presence, and the work is to open as a group to what voice may emerge from silence, deep listening, and attendance to the emergent. These are group wisdom practices that foster and result from imagination, inspiration, and intuition. And these practices are one way of accessing spiritual guidance in organizational decision making. They are not to be taken lightly or used superficially.

One important aspect of co-creation is that while it calls for each person’s highest self, our better nature, it is not a democratic form. Co-creation recognizes the unique capacities and perspectives each person brings to a circle, and eliminates the polarizing affect of competition for power. A decision, or the sense of the group, is a shared emergent experience rather than a voting process in which everyone has to agree. One could say in contrast to the democratic that co-creation is more of a republican form (in the vein of Plato’s Republic) in which the strength of each person is present within collective imagination of community, and that each person carries a sense of responsibility for the whole community.

As with co-creation, an economy is also not a democratic form, but rather a more republican one. An economy thrives out of real interdependence, recognizing the gifts we bear and material needs we have. If our long-term aim is to evolve into an associative economy, which in its simplest form brings together producers, distributors and consumers to set prices, then learning to recognize the importance of co-creative processes and to discipline ourselves to work within them is a critical step along that path. An associative economy will not evolve without the parallel social transformation made real through co-creation.

This new revised edition of Vision in Action is a workbook for those involved in social creation -- in taking initiatives that influence the social environment in which we live and where one's ideas and actions can matter. The social world is a humanly created world. In developing any enterprise -- whether a small business, an educational center, service institution, co-op, or a volunteer program -- what and how we do something makes a difference. Against the background of the historical and organizational context of such initiatives, the authors have put together a workbook for people involved in the adventure of social creation. Chapters include: Starting Initiatives; Getting Going; Ways of Working Together; Vision, Mission and Long-Range Planning; Fund-raising; and Imagination for the Future. Exercises, case studies, and questionnaires are included. This is a basic tool for anyone called to do something in the world.

How can we foster the development of initiatives? How can enterprises such as community projects, schools, farms, and businesses be well founded? How can we work as equals, sharing responsibilities, encouraging each other in our development, and offering a high quality product or service? Vision In Action: Working With Soul And Spirit In Small Organizations is a workbook for those involved in social creation, in collaborative deeds that can influence the social environment in which we live and where our ideas and actions can matter. Vision In Action is a user-friendly, hands-on guide for developing healthy small organizations, organizations with soul and spirit. Vision In Action covers starting initiatives, getting going, ways of working together, funding initiatives, vision, mission, long-range planning, and fund raising. --Midwest Book Review

"This book is excellent - a well-written exposition of organizational development and the problems that groups tend to encounter as they progress. I highly recommend it to anyone in the field." Caroline Estes, Co-Founder of Alpha Farm and Master Facilitator
"This well thought-out book breathes life into the worn-out concept of vision. One finds in it an elivening imagination of how to develop new initiatives..." Robert Michael Burnside, Director, Organizational Development Products, Center for Creative Leadership
"This is a very helpful book, full of examples, exercises, and case studies. The last section, Signs of Hope, describes many wonderful ways in which we are indeed creating a better world. Read it!" Rachael Flug, CEO, Diaperwrapss Inc
"Socially-oriented initiatives and small organizations play a vital role in a healthy, evolving society. 'Vision in Action' offers important and practical perspectives that capture this essence". Will Brinton, President of Woods End Laboratory.
"Many readers will find 'Vision' a valuable source of inspiration and help" James Robertson
"'Vision in Action' explores and facilitates the vital process of social innovation" Hazel Henderson, author of Building a Win-Win World; Life Beyond Economic Warfare.
https://leadtogether.org/wp-content/uploads/2013/10/LT_logo31.png 0 0 Michael Soulé https://leadtogether.org/wp-content/uploads/2013/10/LT_logo31.png Michael Soulé2013-11-07 03:51:482014-01-16 20:00:27Vision In Action: Working with Soul and Spirit in Small Organizations: C Schaefer and T Voors 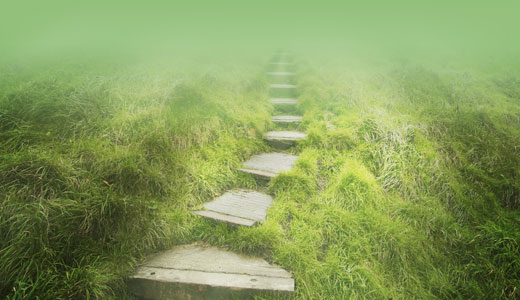 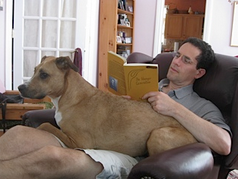 The following podcast is an interview with Elan Leibner on"Working with the Spirit in a Waldorf School." In Waldorf schools across the world, the question of what it means to work with the spirit is often discussed. In this refreshing and insightful conversation, Elan Leibner, experienced teacher and member of the Pedagogical Section Council, talks about his experience with this question and shares insights into how working with the spirit can become very practical.