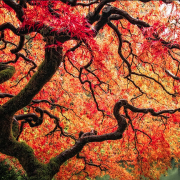 Self-Administration and Governance in Waldorf Schools

Seek the real practical life but seek it in a way that does not blind you to the spirit working in it. Seek the spirit but do not seek it out of spiritual egoism, from spiritual greed, but look for it because you want to apply it unselfishly in practical life, in the material world. Make use of the ancient principle: Spirit is never without matter, matter never without spirit.

Cigarette Factory in Stuttgart, Germany, asked Rudolf Steiner to take on the planning and leadership of a school. Steiner agreed, and on September 15, the first Waldorf School opened with 256 children and eight grades. The school was founded in connection to Steiner’s movement for the Threefold Social Order and was to be independent of state control and self-administered. “The school, therefore, will have its own administration run on a republican basis and will not be

Administered from above. We must not lean back and rest securely on the orders of a headmaster; we must be a republic of teachers and kindle in ourselves the strength that will enable us to do what we have to do with full responsibility.”1

From these statements three principles emerge about self- administration: Schools must be free of state control as part of a free cultural life, teachers must be centrally involved in the running of the school and in decision making, and the school should be organized along republican principles in which teachers are equal but delegate specific responsibilities to individuals and committees. So Waldorf schools from the very beginning had a non-hierarchical social form in

which individuals had to work on their relationships and experience the working of social and antisocial forces in themselves and in others.

In addition Steiner sought to integrate ideals from his work on broader social issues into the running of the first school. Salaries were not position- or job-based but needs based, meaning that they reflected the prevailing sense of equity in the school community. Teachers with more dependents received higher salaries than those without, and neither degrees nor length of service played into the financial support received. As the Stuttgart school was initially financed by the Waldorf Astoria factory and Emil Molt personally, tuitions were not charged to workers’ children, although families from outside the factory paid what they could. It was hoped that as the Waldorf School Movement grew, local, regional and world school associations would develop in order to provide the financial support for an independent school movement. For Steiner it was not only a question of providing support for independent Waldorf schools but to demonstrate the principles of a free cultural

life supported by the profits of economic life. “I am convinced that nothing is more important for the social development of humanity

than the foundation of such a world association of schools which would then awaken a real sense for a free cultural life and spiritual life in the widest circle of people.”2 Such a World School Association was never created and Waldorf schools have become tuition-dependent (in the United States, Britain, France, China and Brazil) or partially publicly- funded (in Germany, Holland and the Scandinavian countries) or, as in the U .S., have become public charter schools, with better salaries but greater government regulation.

The idea of Waldorf schools, and indeed of all schools, being free of state control is not difficult to grasp. The primary reason for this perspective is that governments, when they function well, are oriented towards equality and will therefore seek to impose uniform standards on all schools as well as to prescribe curriculum requirements

Governance Models, An Essay by Nathan Garber with Reflections by Michael So...