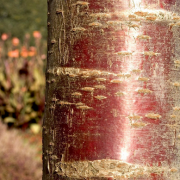 It is a rare school that does not struggle with questions of governance at some point in its life. Today, many schools find themselves in the midst of such struggles. To some extent, these struggles revolve around questions of authority, questions that at their worst spiral downward into struggles for power, or they reflect a loyalty to forms that have been handed down as appropriate for Waldorf Schools. In some cases, we recognize in these forms the inability to create and sustain viable structure out of a sense of the whole. At the center of all of them lies the question of the identity of Waldorf Education.

The question of identity has grown more pressing over the course of the last 15 years as the number of Waldorf schools has grown and as a new generation of teachers has moved into positions of responsibility within the schools. It has been accompanied by a concerted effort towards institutional stability and assimilation into the greater educational landscape. This push has embraced forms of school development and quality assurance that are ubiquitous in the mainstream, while making efforts to adapt them to the special situation of Waldorf education with its focus on individual learning. Although it has resulted in stronger institutional forms and a somewhat more professional face for Waldorf education, it has also exacerbated the increasingly existential question, “What is a Waldorf School.”

This article by Jon McAlice, teacher, consultant and author, outlines a creative view of the basic issues of governance in a Waldorf school. Jon expands on these ideas in his book Engaged Community. Click here to read a review of Jon's book. and