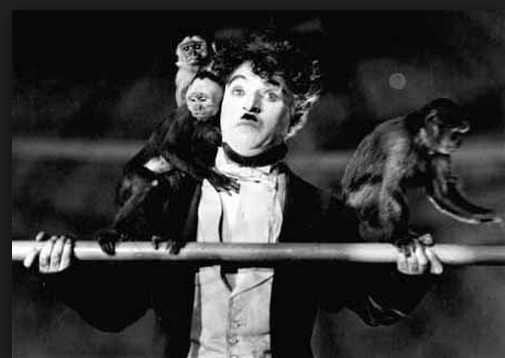 Most organizations have strong vertical accountability. That is, accountability to management and the chain of command, but that tends to ensure compliance rather than commitment and goal focus. It also does little to address the flow of communication and interaction between those who do the work.

When people trust one another, have confidence in the leadership and have a clear goal, they can be highly productive. When people feel they have to watch their back, are unclear about the goals or see management as untrustworthy, productivity suffers.

“I never see my boss so I do what I think is best and cover my rear with documentation.”

“I have been burnt by their department many times so now I cc every email I send to them and blind cc my boss.”

“We have one member who holds the rest of us back but there is nothing we can do about it so we just do their work when we have to and get along.”

“IT doesn’t listen to us. We agree to a project and scope and end up with a costly monster that doesn’t meet our needs.”

“I can’t get my project done because they can’t make a decision.”

“We have email wars between our department and marketing. They can’t get their act together but they always blame us.”

Under-accountability is most apparent in the blame game that individuals and groups play. Finger pointing and blame are the currency of accountability avoidance. Observing this, leaders may jump to the conclusion, “People just don’t want to take responsibility” but this is not necessarily true.

Under performance is costly, wastes huge amounts of resources, and is often hidden from view.   Evidence of underperformance is often hidden until an emergency hits. When half of a client’s building burned, destroying a huge portion of the company’s assets, management had to rely on employees to organize themselves and get production back on line while management focused on insurance issues and retaining customers. Organized into task teams, the organization made a remarkable recovery, losing only a week’s production with continued higher productivity long after. The President of the company soon realized that the productivity of the affected groups was much higher when management was preoccupied with other issues. We interviewed the President a year later. He told us, “Until the fire, I had no idea how much our management systems were hindering performance.” The fire response demonstrated the need to organize for more horizontal accountability and less management focus.

Another client had an unexpected labor strike that lasted six weeks. Rapidly organizing management and about 25-

50% of workers who crossed the picket line, productivity jumped to levels far higher than before the strike. After the strike, the leadership looked at both management skills and horizontal accountability to maintain higher levels of productivity. While no one was laid off, many positions were not filled in the subsequent months when people retired or resigned. The strike revealed areas of significant underperformance. Implementing Horizontal Accountability allowed the organization to capitalize on this discovery. It required some changes in management behavior as well as additional training of employees, but the return in lower labor costs more than made up for the investment.

Horizontal accountability (HA) is an approach that teaches team members to take high levels of responsibility for goals and performance. In sports, the coach must rely on the team to coach one another during actual play. The best teams develop constant performance feedback between players. Players get immediate, useful feedback from teammates – without the coach doing a thing.

In an HA organization, the manager still evaluates performance but day-to-day performance information comes directly from peers. A vast amount of information can be found in the observations of peers whether in sports or business, but the information must be put into a useful and non-threatening format.

An HA coach teaches team members to critique performance in a way that reduces or eliminates defensiveness and improves skill and goal focus. HA releases productive energy that was formerly locked up in conflict avoidance and manager focused behavior. Customer focused behavior increases dramatically in an HA environment. Horizontal Accountability is an untapped source of information and energy in most organizations.

Some organizations have recognized this untapped resource and implemented various processes such as rating and ranking systems and 360 evaluations. These are good foundational tools but they miss the most important component of accountability, immediate feedback. Annual 360 reviews or even 6 month Rating and Ranking does not give the team member timely and specific feedback so they can learn rapidly and be closely accountable for the team’s goals. Something more is required to achieve strong horizontal accountability.

As our colleague, Barbara Bridger, formerly VP of HR at Butler Manufacturing used to say; “If it were easy, everyone would be doing it. We are doing it because our competition can’t.” Horizontal accountability is a competitive advantage. When people learn to hold one another accountable with minimal management involvement, it liberates a good deal of management time and employee energy.

Horizontal accountability means creating practices and routines that encourage and support constant “micro performance feedback.” We define micro-performance as the hundreds of daily behaviors that an individual and/or team perform to provide a service or create a product. Micro-performance focuses primarily on the interpersonal interactions between individuals and teams. It is different and more fundamental than workflow analysis or other forms of technical work analysis. In virtually all teams we have studied, performance is undermined to some degree by individual “micro-behaviors.”

Examples we have seen:

You may think, “These are things for management to deal with.” Yes, management might deal with them – if the manager is aware of the behavior. On the other hand, the peer group often knows of these kinds of behaviors long before any manager. Some of these kinds of behaviors can remain hidden and non-productive for years, even entire careers. What if the peer group was able to handle these issues intelligently, tactfully and effectively without management involvement? What would that do to productivity? How would it affect the manager’s own performance? How would it improve coordination and customer service? How would it affect the wasted energy of interpersonal conflict?

Every high performance organization we have observed had some degree of horizontal accountability deeply embedded in the culture. It may not have been called horizontal accountability, but it was clearly present. Employees observed one another and gave micro-performance information in real time or close to it. No one waited for the annual review to talk about a missed deadline. Meetings were evaluated each time for their effectiveness and timeliness. Harmful gossip was dealt with effectively. Good performance was recognized the same day and at the next staff meeting. Management set the pace by modeling and training employees how to evaluate micro-performance and deliver the information effectively.

When micro-evaluation becomes the norm, there are no surprises at review time. Mistakes become learning opportunities for the person or team receiving the information as well as the person giving the information. The receiver learns something about their performance AND the giver learns more about how to give micro-performance information. It is a very rapid learning model that leads to a clear competitive advantage. The benefits include less internal conflict, faster learning cycles, less wasted time and energy blaming and finger pointing and quicker market and customer responsiveness.

You may notice that we use the term, “information” instead of the widely used “feedback.” Feedback is burdened with a negative connotation. In an environment of horizontal accountability, information is given in relation to a specific goal. It is non-judgmental and measured against the goal. To the degree that micro-performance is focused on goals, team performance is enhanced.

Conflict avoidance is the biggest roadblock to horizontal accountability. People are very reluctant to share information with others when they perceive it may lead to conflict. They are also reluctant to say anything that might be used negatively by management. One of the cardinal rules of group behavior is to get along and minimize conflict, even at the cost of performance. Conflict avoidance is very strong in most groups.

People aren’t stupid…… they know that giving feedback can come back to bite them, so they avoid it. Unfortunately, this eliminates the richest fund of information on performance – peers. Peers know more about one another’s performance than any manager.

The key to effective horizontal accountability is to teach micro-evaluation skills along with a system of positive consequences for doing it. As Dr. Edwards Deming stated fifty years ago, you must take fear out of the system. When people feel safe, they will give micro-performance information much more easily and frequently. It becomes a natural and free flowing part of the culture. Defensive behaviors dissolve and goal focused behaviors increase dramatically.

The problem with managing the white space is that the manager does not have the time or attention to do it properly and it’s not sexy and fun. In a vertical accountability model, managing the white space takes time and attention away from other things the manager could be doing. In an organization with strong horizontal accountability, the teams take a great deal of responsibility for managing the white space. When there is a handoff between engineering and operations, engineering takes the initiative to ensure a smooth transition. The manager may have little or nothing to do in managing the process. When an IT project is developed with an internal customer, the two teams take the lead in controlling project scope creep and achieving the goals on time and on budget.

By managing the white space more effectively, organizations prevent huge amounts of wasted time and effort. Rework and conflict are reduced or eliminated and higher levels of collaboration develop as people learn the basic skills or horizontal accountability.

Here are four elements of the system we use to create horizontal accountability:

For each of these four elements described above, there are specific methods used to teach and support this element. The techniques focus on these critical steps: What is the goal? Which specific person’s behavior forwards that goal today? The team itself identifies this using some non-threatening methods. The focus is primarily on positive, goal directed behavior and less on the corrective. The focus is on what you want, not on what you don’t want.

In a performance culture, horizontal accountability is woven into the very fabric of the organization. Every individual, including management, receives micro-performance information from those who see his or her performance most closely. This improves performance in real time. Learning opportunities are maximized and skills improve rapidly. Newer employees learn faster and senior employees learn to transfer their skills to others.

If you are like most leaders, you are constantly looking for the competitive edge. Whether you are a Six Sigma company, a lean manufacturing plant with a kanban system, an insurance company with one-call customer satisfaction

Team members and managers need training and follow-up to help learn the skill of micro-evaluation. It does not come natural or easily at first. Once established, micro-evaluation creates a continuous improvement environment that is powerfully goal focused and completes the human side of most improvement processes like Six Sigma, TQM, Lean, etc. It puts everyone on the same page. Managers and team members learn rapidly and respond to market and customer needs much faster.

Horizontal Accountability is more than a catchy phrase, it is a process for creating a performance culture. First, train management in the principles and skills of Horizontal accountability, then practice them for about three months. Organizational performance will improve almost immediately. Next, train team members in the skills. With management’s supervision, participation and modeling, teams will soon learn the process and see the benefits for themselves. Finally, do an in-course evaluation to ensure you are using the skills effectively.

Visit www.teaming-up.com for more information and training on Horizontal Accountability.