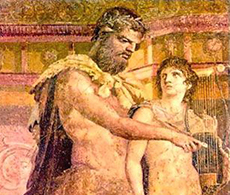 In 2005, after participating in a national mentoring colloquium sponsored by AWSNA, Nettie Fabrie and Michael Soule initiated a symposium for experienced teachers in Waldorf schools in the NW. The training was three years long (six weekend sessions) and involved 25 experienced teacher from 10 NW schools. After completing two three-year seminars with different participants, Nettie, Holly Koteen and Michael gathered their experience into a collection of resources to help teachers become more effective in school mentors.    Here are a few of the resources we found helpful. (Just click on the title to find the resource in our library.)

Compiled from the work of the WECAN Mentoring Task force, this book contains chapters on the essentials of Waldorf early childhood work, the pats of self education and adult learning, the "nuts and bolts" of mentoring, and the nature of a fruitful mentoring conversation. Contents: Self-Education as the Basis for the Art of Mentoring • The Role of Mentoring Early Childhood Teachers and Caregivers: Context and Purpose • Laying the Basis for the Mentoring Visit • The Essentials of Waldorf Early Childhood Education • The Mentoring Observation: What Do We Look For? • The Art of Fruitful Conversation • Pearls of Wisdom: The Role of Advice in Mentoring • Accountability: Written Records • Meeting at the Eye of the Needle: Mentoring on the Path of Adult Learning

Working Together: An Introduction to Pedagogical Mentoring with articles by Virginia Flynn, Ann Mathews, Else Gottkins, AWSNA

Professional Review and Evaluation In Waldorf Early Childhood Education by Holly Koteen with a contribution by Patricia Rubano, published by WECAN.

A companion volume to Mentoring in Waldorf Early Childhood Education, full of time-tested advice and encouragement for schools wishing to implement or strengthen their professional evaluation process. Chapters include Why Review? Cultivating Review, The Self-Evaluation, The Role of the Evaluator, The Role of the Institution, and Obstacles and Hindrances. Appendixes include Susan Howard’s “The Essentials of Waldorf Early Childhood Education”

A survey of effective practices in Waldorf schools including sections on:

These modules are available as resources on this site and through AWSNA.

Navigating the Transition: A Handbook for Schools Welcoming a New Teacher from A Teacher Education Institute

This handbook was developed by the Teacher Education Network of AWSNA to help schools integrate and support new teachers in cooperation with the training program from which they graduated. The section on Mentoring is most helpful here. This handbook is available here in our resource section in short and long form. The handbook includes: Introduction 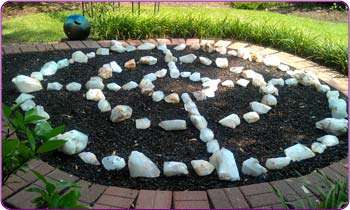 The Waldorf Alumni Survey conducted by the Waldorf Research Institute found that Waldorf Students pursue college studies in Sciences  at a much higher rate than their peers - 42% to 19%. Overall 94% of the Waldorf graduates surveyed attended college.

For more information about this interesting survey, read more here.

Given that Waldorf schools are more generally associated with the arts while their phenomenological science approach is poorly understood or appreciated, this research institute looks at Waldorf Science teaching as a model, with evidence to back it.