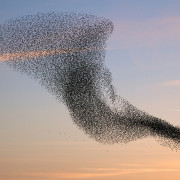 Often, when groups first begin to use consensus, most if not all decisions are made by the group as a whole. Groups come to understand that this is what it means to function by consensus. Over time, however, most groups begin to look for ways to function more efficiently. Frequently, they turn to the use of committees and mandate groups.

It is important to understand that consensus and the use of mandating are not mutually exclusive. The two can be used together. In fact, a mandate group is simply a specialized type of committee, with its mandate framed in a certain way.

Consensus can be defined as “a group decision-making process in which all present must agree before action is taken.” But that does not mean that all members of the entire organization must make all decisions together. In the early stages of group development, this can be very helpful, to help a group develop a common culture, set of shared values and procedures, and most of all, to develop trust. However, as the group develops further, continued use of the largest group to make all decisions becomes inefficient.

In its most developed forms, consensus decision making lives within an organizational structure that delegates as many decisions as possible to smaller groups and individuals, while keeping the most important decisions to be decided by the whole.

Within this type of structure, consensus decision making is both the process and the spirit that guides the decisions of the whole organization. It is used by the largest groups (faculty, college of teachers, and board) and by all committees working within it, including mandate groups.

There are three keys to making committees and mandate groups function effectively.

1. Set your committees and mandate groups up for success. Specifically, have clarity about roles, rights and responsibilities of each body, especially in relationship to other bodies.

Every group and individual role within the organization—not just mandate groups—should have a clear mandate or job description, including its purpose, areas of responsibility, degree of empowerment, and specifying lines of communication and to whom it is accountable. This should include clarity about the realm of decisions for which the group is responsible, and its degree of empowerment in making those decisions.

For example, an ad hoc committee might have authority only to research a question, develop a proposal and bring it back to the faculty for a decision. A mandate group, in contrast, typically would have the authority to gather information, share the information with other roles or bodies and gather input, then make a final, binding decision.

In either case, the larger group is almost always included at some point in the decision-making cycle—whether as the place where the spark of an idea is first generated, where it is developed and worked out, where the final decision is made, or where the decision is reported.

2. Give input, but let go of attachment to the outcome; resist the temptation to rework the work of committees and mandate groups.

One of the hazards of using consensus—especially within a workplace, such as a Waldorf school—is that while people feel the empowerment of consensus and want to have input into many decisions, the organization must function with some degree of efficiency. It is important to remember that rights and responsibilities are proportional to each other. When we delegate a task to a committee or mandate group, we must provide enough support and guidance to help the group to do its best work, then step back, receive the finished product, and thank its members for their efforts.

In the ongoing work of a consensus-based organization, this is one of the most important and frequent places where we as individuals may need to do some letting go, exercising our own discernment to distinguish matters of principle from matters of preference.

Remember that committees and mandate groups are among the most effective “power tools” of consensus decision making. To the degree that the larger group is able to provide adequate support and guidance to committees and mandate groups, then receive their work with grace and gratitude, the more trust will develop. The higher the level of trust in the group, the more can be delegated, and the more effective the organization as a whole will become.

For further exploration of this topic, see the article “Committees and Mandate Groups”, by Caroline Estes and Lysbeth Borie under resources.