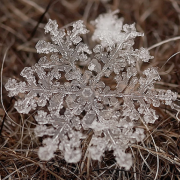 An article and resources from Craig Holdrege and The Nature Institute

If we want to attain a living understanding of nature, we must become as flexible and mobile as nature herself. - Goethe

Many of us were introduced to biology — the science of life — by dissecting frogs, and we never learned anything about living frogs in nature. Modern biology has increasingly moved out of nature and into the laboratory, driven by a desire to find an underlying mechanistic basis of life. Despite all its success, this approach is one-sided and urgently calls for a counterbalancing movement toward nature. Only if we find ways of transforming our propensity to reduce the world to parts and mechanisms, will we be able to see, value, and protect the integrity of nature and the interconnectedness of all things. This demands a new way of seeing.

Our methodology is inspired by integrative thinkers and scientists, such as Johann Wolfgang von Goethe, Rudolf Steiner, and Kurt Goldstein.

We develop ways of thinking and perception that integrate self-reflective and critical thought, imagination, and careful, detailed observation of the phenomena. The Nature Institute promotes a truly ecological understanding of the living world:

We study the internal ecology of plants and animals, elucidating how structures and functions interrelate in forming the creature as a whole. Our interdisciplinary approach integrates anatomy, physiology, behavior, development, genetics, and evolution.

We investigate the whole organism as part of the larger web of life. By creating life history stories of plants and animals, we open up a new understanding of our fellow creatures as dynamic and integrated beings.

Through this approach, the organism teaches us about itself, revealing its characteristics and its interconnectedness with the world that sustains it. This way of doing science enhances our sense of responsibility for nature. No one who has read, for example, Craig Holdrege's paper on the sloth, thereby coming to appreciate this animal as a unique, focused expression of its entire forest habitat, will be able to tolerate the thought of losing either the sloth or its habitat.

As Goethe so beautifully expresses it, all of nature's individual aspects are interconnected and interdependent:

We conceive of the individual animal as a small world, existing for its own sake, by its own means. Every creature is its own reason to be. All its parts have a direct effect on one another, a relationship to one another, thereby constantly renewing the circle of life; thus we are justified in considering every animal physiologically perfect....

Our purpose is to carry out research, produce publications and offer education programs that foster this new, qualitative approach to nature. We also give off-site talks and workshops on this work.

Curious about Goethean science, a special interest group of the New York Academy of Sciences invited Craig Holdrege to speak on the topic in October, 2013. Craig has expanded that talk into an essay, Goethe and the Evolution of Science. It is perhaps the best place to start for anyone curious about what we mean by “Goethean science”.

Also, a special issue of the interdisciplinary journal Janus Head focuses on Goethe's approach to science. Fourteen essays discuss Goethe's “delicate empiricism” from a variety of perspectives. This is the most thorough collection of papers on Goethe's way of science that has appeared in recent years. Nature Institute director Craig Holdrege was one of the volume's guest editors. The volume is available online athttp://www.janushead.org/8-1/index.cfm and the bound version may also be ordered through the website.

To read Goethe’s seminal essay on the nature of scientific knowing and experimentation, “The Experiment as Mediator of Object and Subject” click here.

The Giraffe's Long Neck: From Evolutionary Fable to Whole Organism
This 104 page booklet is part of our Nature Institute Perspectives series.

This book provides a comprehensive picture of the giraffe’s biology and ecology and also discusses the complex and controversial issue of its evolution. It gives a unique portrayal of the giraffe while also exemplifying the Goethean approach to understanding animals and evolution. Click here for more information about this booklet

The Flexible Giant: Seeing the Elephant Whole
This 65 page booklet is part of our Nature Institute Perspectives series. Doug Groves, Chairman of Living with Elephants Foundation in Botswana, Africa wrote:

"Your marvelous mini-monograph on "the Flexible Giant" is momentous and inspirational! Please accept my wholehearted congratulations and thanks. For the past thirty plus years I've been sharing my daily life with elephants which I think puts me in a pretty good position to appreciate your fresh, succinct, thoughtful, holistic and principle-centered approach to seeing the elephant. By taking small groups of international visitors, local village children and school kids for interpretive walks in the bush with three habituated African Elephants we try to achieve what you have managed to do very nicely with words in your booklet."

"Genes and Life: The Need for Qualitative Understanding." In Context #1, Spring/Summer 1999

"What Does it Mean to be a Sloth?"

"Pharming the Cow." NetFuture #43, March 20, 1997 (Also published in OrionWinter 1997)
For articles about the methodology of the goethean approach see:

Learning to See Life - Developing the Goethean Approach to Science

I have often thought that if a teacher wanted to have one succinct motto to hang above his or her bed, she’d have a hard time finding a better one than: _characterize, don’t define. _ In order to characterize, say, an animal, we have to carry within ourselves a vivid picture of its shape, how it moves, the sounds it makes, its habitat and the ways it relates to its environment. We bring alive through our imagination and speech something of the animal’s nature. We learn, for example, how the sloth spends its life hanging in and slowly moving through the boughs of rain forest trees. It recedes into its environment to the degree that it lets algae grow in its fur, which soaks up rain like a sponge, and the resulting greenish tinge makes the sloth nearly invisible in the tree crowns. It is so adapted to hanging that it is virtually helpless on the ground.  Everything about the sloth is slow it moves slowly, it digests slowly (only climbing down to the ground once a week to, as the students would say, pee and poop); it grows slowly, reacts slowly and seems largely impervious to pain (1). When we paint a picture of the animal in this way a process in which the students are involved the animal can begin to live in the soul of the child or adolescent.

Characterization imbues a subject with life. To define may make something clear, but it is the kind of clarity that is all too often void of life. When Rudolf Steiner, the founder of Waldorf education, urged teachers to characterize and not define, he did so because he knew that through characterization we form living concepts that can grow and transform (2). A definition, by contrast, is fixed. Unfortunately, it is often within biology classes, with all the rote learning and memorization of definitions for multiple-choice exams, where traditional outcome-based education reaches its unhappy epitome. And biology is supposed to be the science of life.  Charles Dickens gives a lovely caricature of this way of teaching in his novel Hard Times:

_In this life, we want nothing but Facts, sir; nothing but Facts! __.
Blitzer, said Thomas Gradgrind, your definition of a horse.
Quadruped. Graminivorous. Forty teeth, namely twenty-four grinders, four eyeteeth, and twelve incisive. Sheds coat in the spring; in marshy countries, sheds hoofs too. Hoofs hard, but requiring to be shod with iron. Age known by marks in mouth. Thus (and much more) Bitzer.
_Now girl number twenty, _ said Mr. Gradgrind, _you know what a horse is. _

Of course we all need to learn facts, but isolated facts are soon forgotten and are like stones instead of nourishment for the human soul. What the students need is to see how the facts relate to each other, how the parts of an organism interact in service to the life of the whole creature. You could say that all real knowing is ecological knowing - knowing how something is part of a larger, dynamic context. If we can bring students into this way of knowing, we are preparing them for a life in a world that will not offer them pat solutions, but demand from them the ability to grow and form new ideas in relation to new and unforeseen demands.

The problem is that modern habits of thought and academic training, which encourage, above all, analysis and abstract theorizing, do not give teachers the tools they need to bring this kind of understanding to students. In fact, they tend to deaden both the propensity toward quiet and open-ended observation and the concrete, imaginative capacities a teacher needs most in order to build up exact, yet living pictures of the world.

Already over 80 years ago, Steiner saw that teachers came out of the _system_ with rigid, one-sided habits of thought. He saw the Goethean approach to nature and science as a key enabling teachers to transform their own thinking and bring a more vital reality to their students:

Our way of thinking is inclined to place things side by side. This shows us how little our concepts are geared to outer reality. In outer reality things flow together_. We need to think things together, and not as separate from each other. A person who wishes only to think things separated resembles a man who wishes only to inhale, never to exhale_. Here you have something that teachers in the future will have to do; they must above all acquire for themselves this inwardly mobile thinking, this unschematic thinking.
Science will have to wake up in a Goethean sense and move from the dead to the living. This is what I mean when I say again and again that we need to learn to get beyond our dead abstract concepts and move into living, concrete concepts. (3)

In our work at The Nature Institute we are committed to helping teachers and people who want to become teachers work on this transformation. One of the challenges of this task is that learning an approach that aims to reveal life in nature entails both ridding ourselves of ingrained habits of thought and mobilizing new.

Five Strategies for Mentors, from Working Wisdom by Robert Aubrey