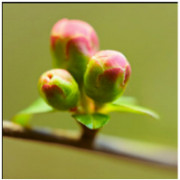 It was the late 1970’s and a number of us with children at Michael Hall, a well- established Waldorf school in Forest Row, Sussex, had an intense interest in Steiner’s social and economic ideas. We wanted to get away from the fee for service model of set tuitions and began talking to the faculty and council of the school about alternatives, tuition as a percentage of income or different levels of tuition. However, the Bursar, the English equivalent of the Business Manager, was set against any form of financial experimentation. He was even opposed to sending one tuition bill to the seven families who were interested in alternatives. So we began meeting once a month and decided to simply total up our tuition amounts and then to see what each of us could pay. This led us to talk, and to share our financial and life circumstances. One summer the farmer’s wheat crop failed due to hail, another spring a new roof was needed by another family, and a third needed to help an ailing parent. And yet for the first three terms we managed to have a surplus. This happened because when you listened to others you looked at your own priorities and expenditures with new eyes and decided to give more. Was the second car really needed or could we share with another family, what else could we cut or how could we increase income? As each family went through such questions we contributed more than enough money, indeed our surpluses funded a teacher vacation fund for the faculty for two years running. As we learned to pool our resources we also began a simple import business and began exploring other income creating ventures. Eventually we built the group to 30 families, in part through the school sending us their scholarship families. While we attempted to make sure the families were motivated by the same ideals in this we were often not successful and the group eventually stopped its work when we accepted too many families who both needed financial support and did not share our underlying values. Some of lessons learned : 1)     Every way of working with tuitions in unconventional ways takes more time and a deeper connection between people. 2)     Success is dependent on members of a group sharing the same motives and values and not working primarily out of self- interest. 3)     A deeper connection between people, sharing biographies and life circumstances, including finances, enhances generosity and initiative. 4)     Generosity can be contagious. Four faculty members in the school who shared our interests started a shared income community, using one checking account and pooling their resources. 5)     Tuition support groups of the type described can be worked with within a school having a traditional tuition model as long as the school can count on a set amount of income per child. Indeed there is no reason a school cannot work with a variety of tuition approaches at the same time. 6)     Involve the parents in the issue of how to develop alternatives to a set tuition model, indeed it is their task to assure the financial sustainability of the school.

The Free Education Group at Michael Hall School in England : 1977-80         By Christopher Schaefer

Funding for Australian Steiner Schools: Benefits, Challenges and Lessons of...