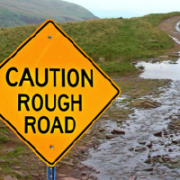 A Feedback Model that Works

Not knowing how to give feedback can result in messages that are hurtful, confusing, and counter-productive. Many feedback messages leave the receiver unsure of what to do with the information. "You are good as a leader" or "you could be more strategic" gives the receiver an idea of how he or she is seen by the sender, but such a message doesn't tell the receiver what behavior to repeat if he wants to continue being a good leader or what to do or what action to avoid in order to be more strategic.

A valuable resource to illustrate this skill and provide a three-step technique is the guidebook Feedback That Works: How to Build and Deliver Your Message by Sloan Weitzel (available for purchase from the Center for Creative Leadership online at www.ccl.org.

Weitzel's feedback technique is called SBI (shorthand for Situation-Behavior-Impact). Following these steps can help the receiver more easily see what actions he or she can take to continue or improve performance or to change behavior that is ineffective or even an obstacle to performance. An effective feedback message tells the receiver the impact of a specific behavior on the sender. Here is an example of how to use the three-step model:

("you had a number of side conversations and at times were joking during my presentation.")

("When you were talking to others while I was speaking, it was very disruptive to what I was trying to accomplish. I felt frustrated and annoyed by it.")

The recipient of well-intended and well-delivered feedback receives a two-fold gift. First, there is the almost immediate benefit of hearing what others think. Second, there is the afterlife of feedback. We often replay in our mind what we've heard, review written feedback privately at a later date, and check out perceptions with family and others we trust. Often we'll make some changes immediately and then make more significant changes with deeper reflection and consideration.

Constructive feedback is a most valuable tool — useful to repair a poor working relationship, improve a team's productivity, help a co-worker be more successful in his or her career, and demonstrate your own growing abilities as an effective leader. Yet, it is a skill many managers regard as underdeveloped. A recent CCL survey of managers showed that only 5 percent reported they were very effective in providing feedback; and 98 percent said they considered strong skills in providing feedback important or very important. More than half said they had the most difficulty giving feedback to bosses. Nearly 30 percent indicated that they find it most difficult to give feedback to peers.

The Art of the Apology